Fight for your Write: Girl Power 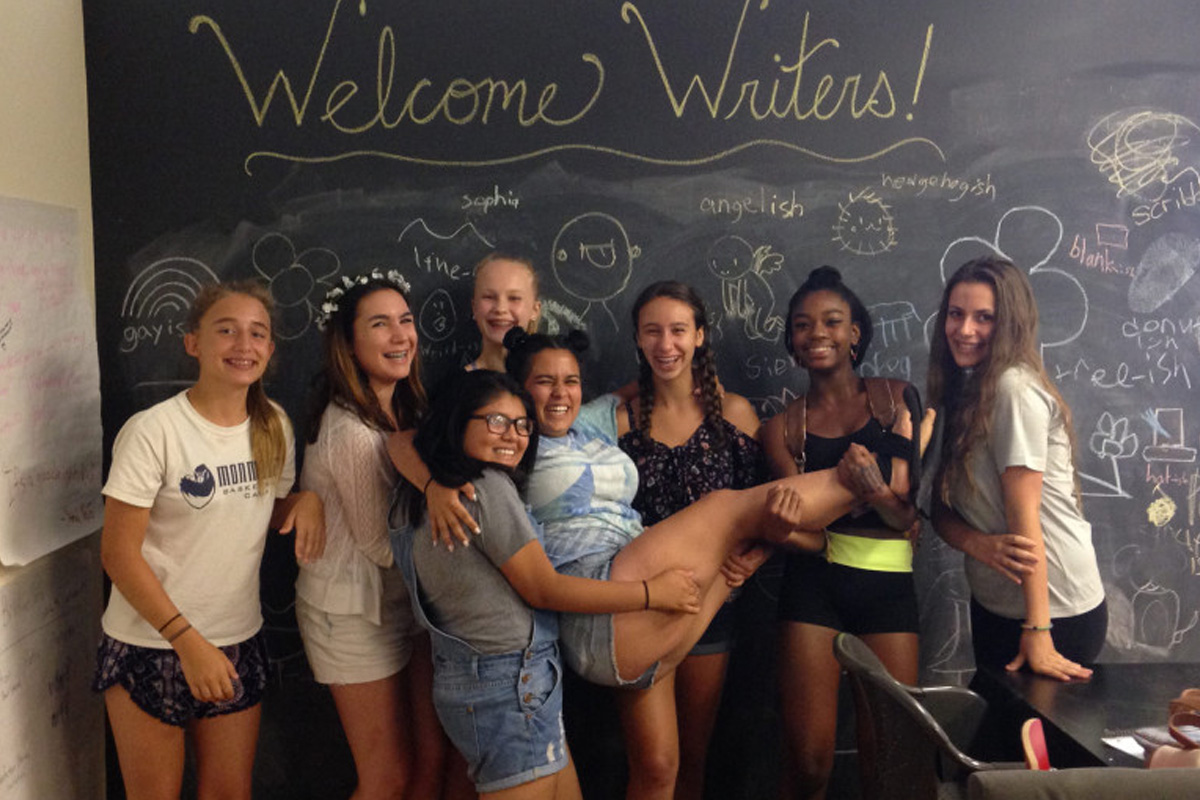 They didn’t know what to expect. Neither did I. What might come out of a “girls only” writing group? Their experiences were all bound to be very different from one another; what was too sensitive a topic? Is there such a thing? How would I handle it? How would they?

PWN brought in a licensed therapist to help, but I was still anxious. It was my job to create a safe environment for these girls, which I was prepared to do, but what if a student took the conversation to a more mature level? How much was too much?

I also struggled with the idea of running a girls-only group because of its exclusion. How could I teach them about gender equality while simultaneously locking boys out of the room? Why were we segregating?

Some of the students who signed up for this camp had been here before. They opened up our first conversation, telling the newer students about their experiences at PWN. “We love it here,” they said. “We’re always encouraged to write our stories the way we want to.”

I wanted my new students to feel the same way. I was also trying to level the playing field, so I joined them in our discussion as if I were a student myself.

“What is one problem you have faced due to your female identity?” I asked.

I told them that I had been overlooked when I worked at a hardware store for seven years. That, being a woman, customers often ignored my advice and went straight to the men.

I asked them, “Do you think we need a girls-only group to talk about these problems?”

The unanimous answer was yes. Even after we discussed gender equality. Even after they told me about drama within their friend groups, how many of them prefer to “chill with boys rather than girls because they’re less drama.” Even if they felt that they liked boys better, they still agreed that they needed a girls group.

And it was empowering.

No topic was ever off limits. No prompt was ever mandatory. And it was often when they rejected the prompts that the most powerful stories emerged.

I was allowing them to be themselves. I was being myself. Still in teacher mode, but in girl mode, too. I appreciated this sisterhood just as much as they did. And I think they opened up because they knew that. Because they knew I was not judging them. I was one of them.

By the third day, I could already see a huge shift in all of us. We were growing more comfortable together. We were getting bolder. More and more students were volunteering to share their work with the class, and their writing was getting more and more personal.

They had powerful stories to tell. Heartbreaking stories. They were dealing with things most people never expect to hear from thirteen-year-olds. And with the support of our licensed therapist, we were able to explore those stories in a way no one else ever seemed to do for them before.

They―we―allowed our hearts to open. We spilled red blood all over the room. (Metaphorically, of course.) We cried. We allowed ourselves to feel. And in doing that, we grew. We grew together. We gave each other what we didn’t have before. Someone to listen. Someone to care. Someone to help. We were no longer afraid or anxious. We grew stronger.

“I [felt like] I could really talk and trust them,” one student said. Another said she learned that “being open is okay!”

“The thing I liked the most was being able to become a little more comfortable with sharing my stories and opening up to the people I barely know, but trust,” another student said.

Opening up to people I barely know, but trust.

That is the key. We trusted. Unconditionally. We allowed our scars to show, and we turned them into something beautiful. Something worth showing. We came in raw. We encouraged each other. We created a sisterhood. We allowed a sisterhood to create us. We breathed freely.

I knew that when these girls left on our last day, they would be forever changed. What I didn’t know is that I would change, too. That I’d carry this experience with me for the rest of my life, like a pebble in my pocket. No, lighter. Like a balloon. Like breath. Like air.

Fight for your Write: Girl Power