For Our Young Writers: Telling Their Stories Is Key 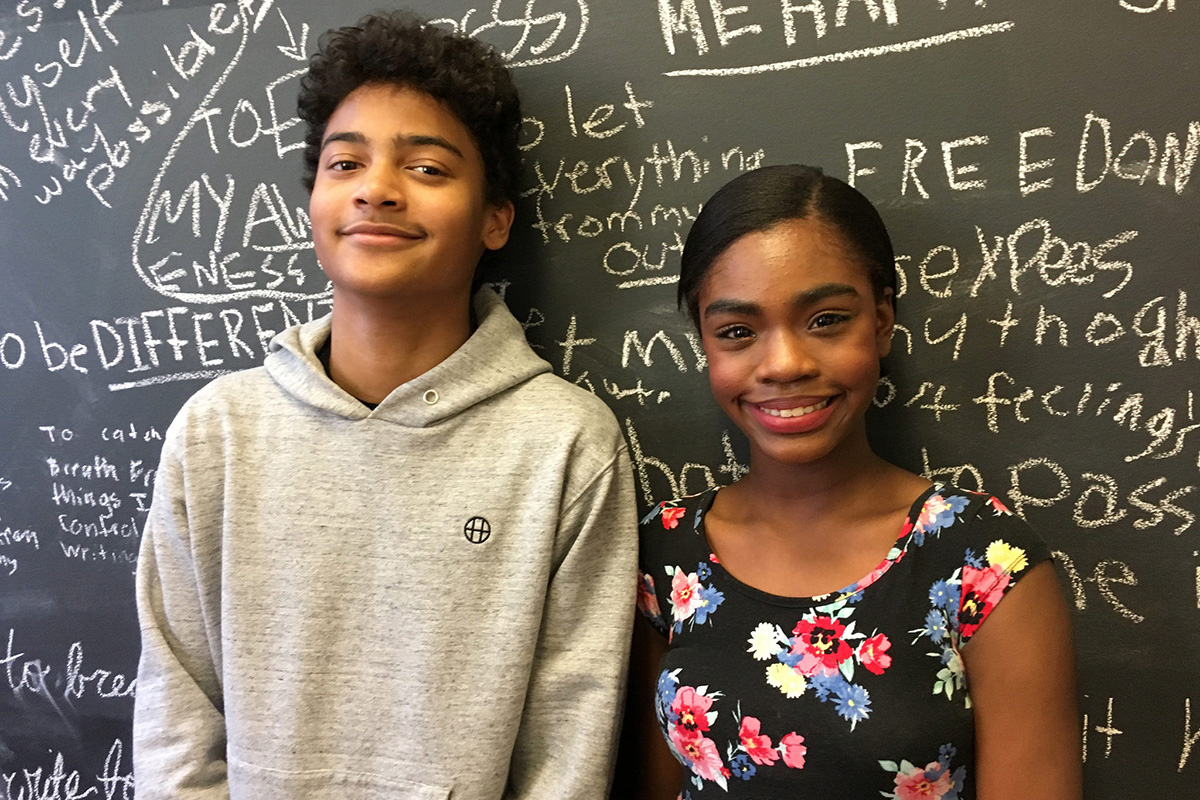 The inimitable Toni Morrison once said, “If there is a book that you want to read, but it hasn’t been written yet, you must be the one to write it.” I’ve carried this adage with me since I first started writing. I’ve written the things I want to read—the unsayable and ephemeral that can only be fully captured on paper.

I was not surprised to see students at Project Write Now do the same. Since I first began volunteering as an intern at PWN’s after-school writing studio, I’ve seen middle school students write pieces that are impressive in both their memorable language and complete originality. I’ve read stories from students about time travel, late-night existential crises, and crumbling dystopian worlds. Once, a boy wrote a poem about grief in a way many older writers cannot. “I remember you,” read one line, “the way you laughed with your mouth barely open.” These are fleeting moments, details you can miss in life with a single blink.

Last year, I encouraged these talented young writers to submit to the Scholastic Art & Writing Awards, one of the nation’s largest and most prestigious writing competitions for teen writers in middle and high school. I spent time going over their pieces with them and then I helped them through the submission process. I was extremely excited to see two of our writers—Aniya Rainey, an 8th grader from Middletown, and Julian Sarin, an 8th grader from Red Bank—win regional Gold and Silver Key awards. I’ve seen Aniya and Julian progress and improve as writers since I first started at PWN, and they have consistently blown me away with their expressive command of language and their raw, personal stories.

As a freshman in high school, I won a Gold Key, and it was not only exciting but also a reaffirmation that my love for reading and writing was valid and worth pursuing. I grew up in environments that wouldn’t encourage writing as much as other careers or life paths; I was often told that writing would not get me far and that what I had to say should be left unsaid. Holding that gold pin in my hands not only made me realize that my writing could shape and influence others, but it also revealed to me that people could feel a real, personal connection to the stories I had to tell–stories that I had been too shy or scared to show to other people. Though awards alone should not be a measure of ability and potential, this award strengthened my resolve and self-confidence, and ever since, there has never been a story I was too afraid to share.

Aniya and Julian, as well as all of the other brave and persistent storytellers at Project Write Now and elsewhere, are incredible and talented kids deserving of this amazing honor. Here’s to hoping that they write all the poems, the words, the stories and the moments they want to read.

For Our Young Writers: Telling Their Stories Is Key

Eileen Huang is a teen intern at Project Write Now.