Just Another Day at PWN 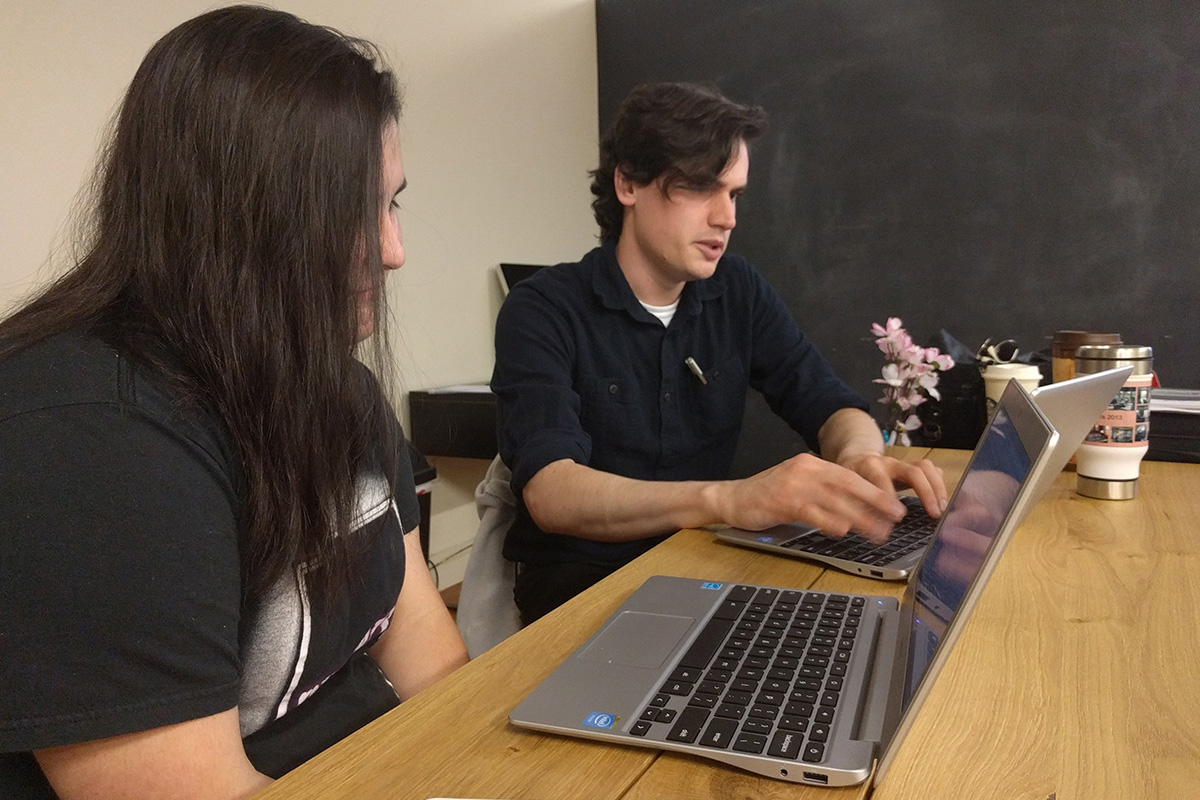 The first assignment was to find love poems — short ones. Having just graduated with a degree in literature, hewing close in my studies to brief lyric poetry (not out of aesthetic concerns so much as out of time restrictions), I was delighted. Still, it was my first day, so I hesitated to show it to the room, cluttered with red envelopes for an event later that evening, the three women I just met in it trading words and papers at an intimidating rate.

Intimidating too was the assignment, as its implications dawned on me. It was the first time since graduation that I’d have to wear my critic’s hat, with a big chunk of the Anglophonic canon put out before me to pick through. Coming out of un- and underemployment (think cafe gigs and idle time), I had something to prove, and little time to prove it. The event was only hours away.

I turned to Sappho in something of a panic, and her “Ode to Aphrodite,” in a quick search finding numerous translations, much to my simultaneous fascination and chagrin, so I picked the one with the least amount of thees and thous. How much more? I asked of Allison and Jennifer. As many as you can find, was the response as I recall.

So who was next? Shakespeare was an obvious choice. Donne for certain. Yeats followed. The Eurocentrism of my education was so apparent — which is not to denigrate the three previously listed names, but I was encouraged to look outside my comfort zone; think beyond convention. More contemporary poets were put before me, whom I had never read — Yrsa Daley-Ward, Cate Marvin, Mary Oliver.

It was a learning moment in short, appropriate for being in that room full of dedicated teachers. As the event approached, there would be more to come, as participants read the selected poems out of red envelopes, and the night gave way to an open mic situation. I was inspired when I saw writing instructor Lisa Hartsgrove share a beautiful poem she had written the night before, and a fellow intern, Christian Elijah, fearlessly perform some rap pieces he had composed himself. In the brief lull between performers, I too went up (albeit under a stage name) and shared one of the most personal pieces of writing I had ever composed.

Applause followed as it had for every performer that night. The atmosphere was warm and glowing. Project Write Now created a safe and creative space in that regard — one that I had been searching in school, and out. In other words, I quickly came to realize that these were the people I wanted to be around, and Project Write Now was precisely the program I wanted to dedicate my time to.

In that, I didn’t mind the next assignment — organize the studio. I did so with a smile, getting to know everyone a little bit better. Since then, I’ve worked with students from young to not-so-young, and have found myself in a community like no other — intelligent and challenging, yet unpretentious and welcoming. In that, I feel all the more welcome as the days go on here.

Just Another Day at PWN

Casey Dalrymple is an intern at Project Write Now.