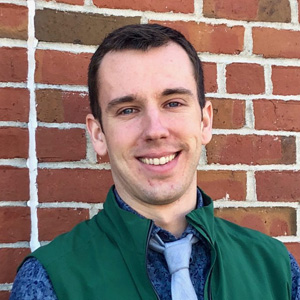 Jim McConville is a 7th grade English teacher at Shrewsbury Borough School, where his passion is to encourage students to think deeply—outside of the box and for themselves. His love for writing developed as a young child, when he would walk around the house, pen and notepad in hand, jotting down random tidbits about the world around him. His passion continued to develop after taking a creative writing class as a freshman in high school, and then in college where he won an award for a short story he wrote about fictionalized Muslim experiences during the Crusades. Jim has his BS in Health & PE from Monmouth University and a Middle School English Certification from Monmouth University & Brookdale Community College. In his free time, he serves as a freelance writer at The Two River Times. He is thrilled to join the team at Project Write Now. When he is not writing, he enjoys napping, eating, and trying to think about what he enjoys doing when not writing.