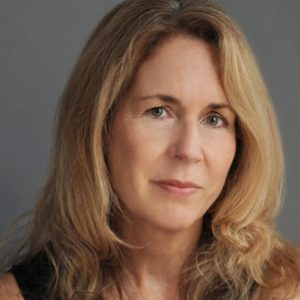 Born in Toronto, Canada, Mimi Cross is an author, singer, and songwriter who grew up by the beach in New Jersey. She received a Bachelor of Music from Ithaca College and an MA in Music Education from NYU with an emphasis on vocal jazz. She is an experienced performer and worked briefly in the music industry.
​
A two-time Asbury Music Award winner, Mimi has shared the bill with such luminaries as Sting, Bonnie Raitt, Jackson Browne, Lauryn Hill, Loudon Wainwright, and Jill Sobule. She’s played with many Jersey Shore musicians, including Jon Bon Jovi and Bruce Springsteen, and her songs have been used in independent films and TV shows.

Mimi is a 200+ hour certified yoga instructor and the creator of Body of Writing, a practice that adds an additional dimension to the mind-body-spirit discipline of yoga: story. Body of Writing is designed to help people deepen their creativity and access their stories through meditation, movement, and writing.

Before Goodbye and Shining Sea, Mimi’s first two novels, are available on Amazon, and can be ordered through local libraries and bookstores. Her songs can be heard on Apple Music and other online streaming platforms.