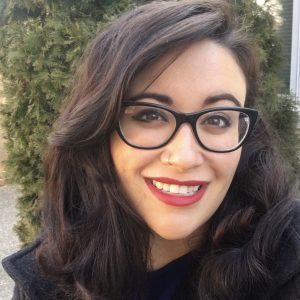 Zoë A. Gulliksen is a former movie journalist from the Upper West Side, NYC, and was featured in reality TV shows including “Comic Store Heroes” for National Geographic. After graduating from Rutgers University with a BA in Creative Writing, she worked at Gotham News, The New York Public Library, MoviePass, and Midtown Comics. Zoë has interviewed filmmakers such as Steven Spielberg, Winona Ryder, and Leonardo DiCaprio. Now she is currently at work on an alternative-history science-fiction novel. She lives in Asbury Park, NJ, with her fiancé and her french bulldog, Bug. To find Zoë on the Internet, tweet her at @bookishbelle on Twitter and visit www.bookishbelle.com.