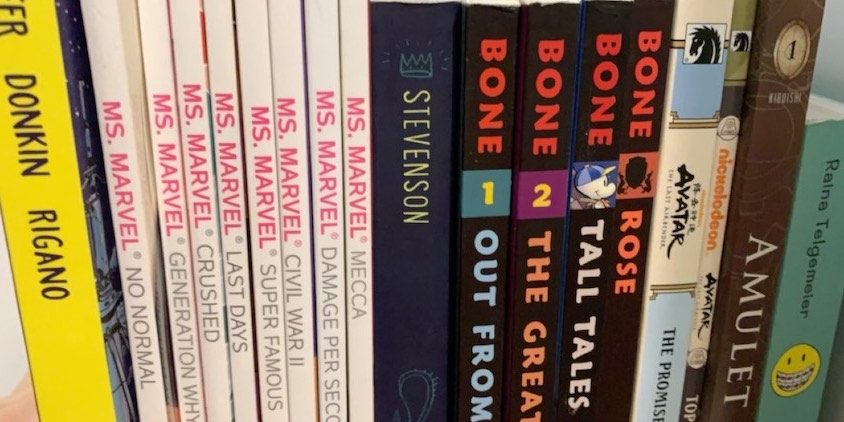 Some people don’t consider graphic novels “real books” because they contain pictures and images, but this couldn’t be further from the truth. Graphic novels and comic books are great segways into more complex readings, and they help your concentration. I know for me, since I’ve been so used to being on the computer, it’s been hard to sit down and read a book.

If you find yourself struggling with the same thing, I would recommend picking up a graphic novel and/or comic book. Graphic novels/comics are not only a great source of literature for writers and readers, they are also great for artists. Artists often can see more in animation than meets the eye and can be inspired by the differing art styles across comics.

There are so many great selections out there waiting to be read, but here is a list of my favorites:

Nimona was a National Book Award finalist and Bone was an Eisner Award winner. The Eisner Awards are basically the Oscars for comics!

I hope you’ll consider checking these books out, as they are all amazing reads. I know that right now, we all want things to go back to normal; we’re all stressed and worried. Next time you are feeling that, try to decompress with a graphic novel/comic book and immerse yourself in the pages. You may be surprised at how good it can make you feel!

Alex Lindgren is a PWN Teen intern and a sophomore at the Marine Academy of Science and Technology in Highlands, N.J.