Sending Them Off With Something More 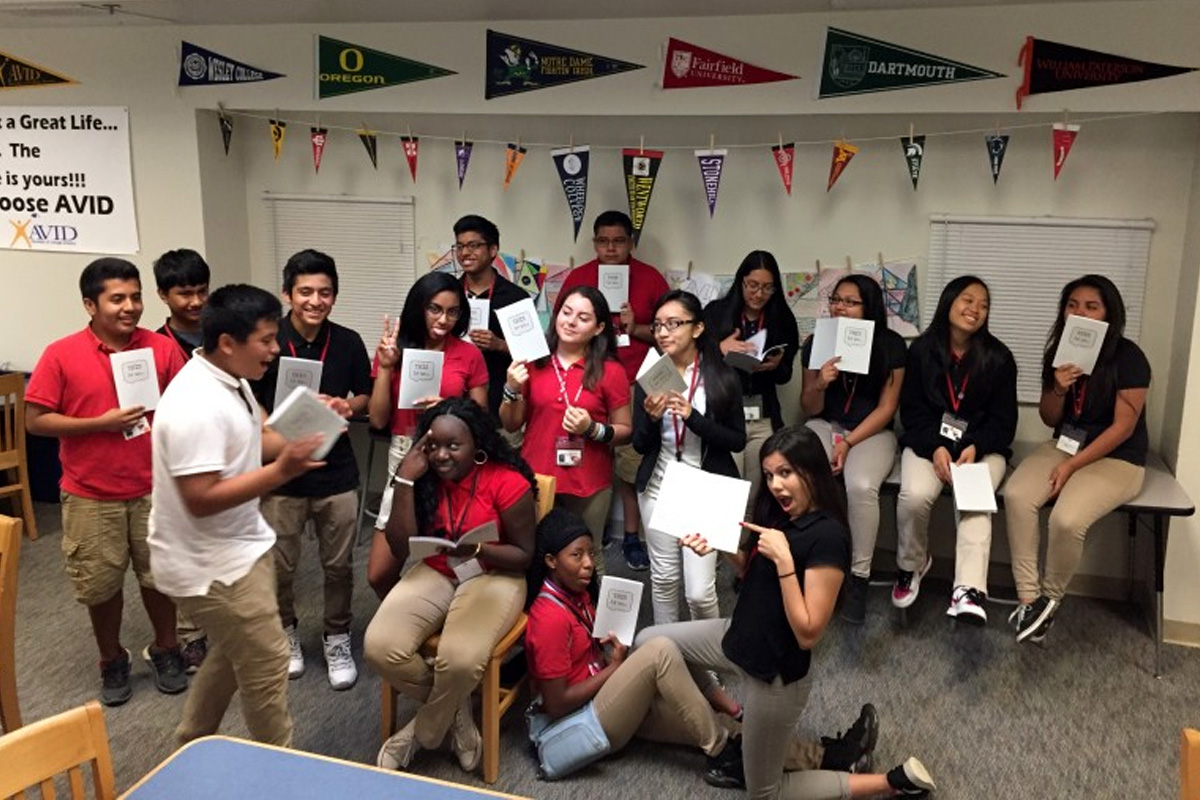 Recently Allison Tevald and I said goodbye (for now) to a special group of young writers. They were the first class to welcome us at Red Bank Middle School in January 2015, and last week we watched them walk proudly into their school’s auditorium, donning red and white gowns, to receive their diplomas. (Yes, we teared up!)

When we started offering weekly writing workshops to students in Red Bank Middle School’s AVID program, we didn’t know what to expect. We knew we wanted to give students a safe place and the freedom to write creatively. But so much more has happened in the year and a half we’ve been together.

We spent the first few weeks establishing trust, giving students the freedom to write openly about whatever they wanted. As they explored different topics week after week, they began delving deeper, writing about the nuances of their life experiences: the trying moments of friendship, the deep love, and respect for their parents and grandparents, the importance of remaining true to themselves.

Sitting in a circle on the floor together, hearing each other’s words, we experienced many truthful moments that meaningful writing and sharing can create. Honest reflections. Self-discoveries. Breakthroughs. Transformations. For them and for us.

We discovered how reflective writing gave us insight into who they are as people―what’s troubling them or getting in their way, what they need to get through their day, what they’re grateful for, and what they hope to achieve―which helped us forge deeper connections with them.

We also witnessed transformations in what writing has come to mean for each of them. One such change happened to a girl who, a year ago, would only write a brief 10-line poem and who said when we first met her, “I don’t know what I like to write about.”

A few months ago, she came into class with a huge smile on her face. When I asked her why she was beaming, she responded, “Because I can’t wait to share what I wrote.” Then she flipped through page after page after page in her notebook, showing me all she had been working on. Later she read two pieces, one a flash fiction story that left all of us intrigued and wanting more.

She also wrote poems capturing ideas she was wrestling with. Here is one stanza from a poem that we published in the class anthology:

it is I, alone without single form of stabilization,
unknown, inconsiderate, nostalgic,
the birds don’t listen nor the oceans,
sleepy eyes and bony knees,
falling apart just like every other in this city,
we are being destroyed, slowly, step by step,
but no one notices it except for me.

In her 8th grade video, when asked what she wants to be when she grows up, she said, “an author.”

Another change happened to a boy who never spoke up, never shared in our school class, and who wrote this response on our first day about what he likes to write: “Nothing. It’s too much work.” He then began coming to our after-school writing studio, which we launched last February. This boy sat alone at a table in school but in our studio, he joined in with the other writers and easily jumped into conversations (so much so that one afternoon I caught myself as I was about to tell him to quiet down).

Shortly after, in school, he shared a deeply personal poem about his feelings toward a girl who broke his heart. The class responded with empathy and kindness, which gave him the courage to write and share more about his experiences with love. “Thank you for letting me show my creativity,” he wrote in a thank-you card to us. Even more, this boy found his voice.

We will miss these moments, these discoveries, and these young writers. They are a remarkable group―with so much heart, insight, energy, thoughtfulness, and vibrancy. We feel privileged that they opened up and trusted us with their stories. We hope they will continue to see writing as a meaningful practice and carry their voices strongly into the next phase of their lives.

Sending Them Off With Something More