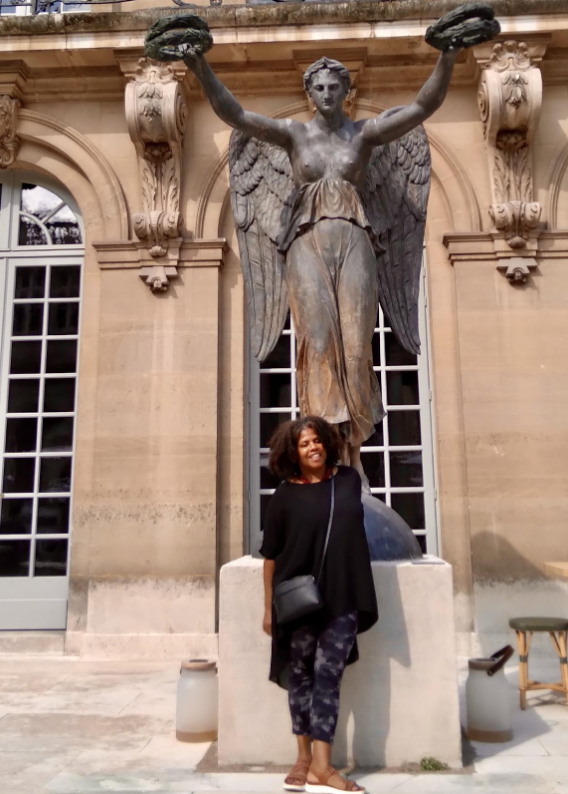 In Spring 2021 I was going through a bad break up. I’d fallen in love with journalism in college and, after many happy decades together, we faced a turning point.

We’d had a great run through the New York magazine scene in the 80s, 90s, and early oughts. An array of trips, concerts, and glamorous parties took my mind off of how little publishing actually paid. But as the perks began to disappear—along with print publications—journalism and I stood on the brink of divorce.

Nostalgic for the good times, I gave it one last try, taking on as many assignments as I could manage. But when an editor asked if I could wait a month to bill her, after I’d already spent a month working on the assignment, I knew the time had come … a tea set along the path of Dover’s white cliffs

This was during the pandemic, mind you, which brought for me oodles of quiet time. Being still put me in touch with a deeper truth: that underneath the grief around the break up was burn out. I hadn’t known how exhausted I was until I spent a month in Europe in Summer 2021, where I supposedly went to work on a documentary but, when that flamed out, what came through was that I was sent there for walks along the English hillside, through 12th Century castles, and along the edge of the famed white cliffs of Dover.

My hotel faced a rocky English Channel beach, so I wasn’t surprised at the quiet, but then the streets of Paris were hushed, too. No honking horns or loud voices, and there were an abundance of verdant parks with people sitting still, letting the soft silent breezes wash over them.

Two months after I returned home to L.A., I was listening to the occasional impromptu drag race on local streets, and the fireworks my neighbors like to set off at any old time at all. I longed for another dose of quiet. So I went away again—this time to a writing residency at Dorland Mountain Arts. I was scheduled to be there for two weeks, but ended up spraining my ankle while hiking, and the universe parked me there for a third week, foot up, mostly motionless, as soft warm breezes washed over me. Alexandre Dumas, street mural in Paris of the man who wrote “The Count of Monte Cristo” and “The Three Musketeers”

That time underscored removing the push-push from my life, and to go easy on myself, even as the historical novel I’ve been writing on and off for more than a decade, moseys to the finish line. And a funny thing happened on the way to doing virtually nothing: I began to feel inspired again.

A favorite saying comes to mind:  “Let go or be dragged.” The notion reminds me of how I tried to cling to journalism, not trusting the universe to provide. But when I released the old and stood naked but for my cloak of faith, a surprising opportunity came to do lucrative work that is, in many ways, less demanding. It uses my reporting and writing skills in the social justice space. I feel I’m being rewarded for surrendering to the quiet, and for setting everything down, and choosing what to pick up again for the journey that still lies ahead.

For the summer session, Pamela is teaching the three-week class Having Your Say: Op-Ed & Expository Writing on Wednesdays, 7 to 9 p.m. ET, starting August 3.