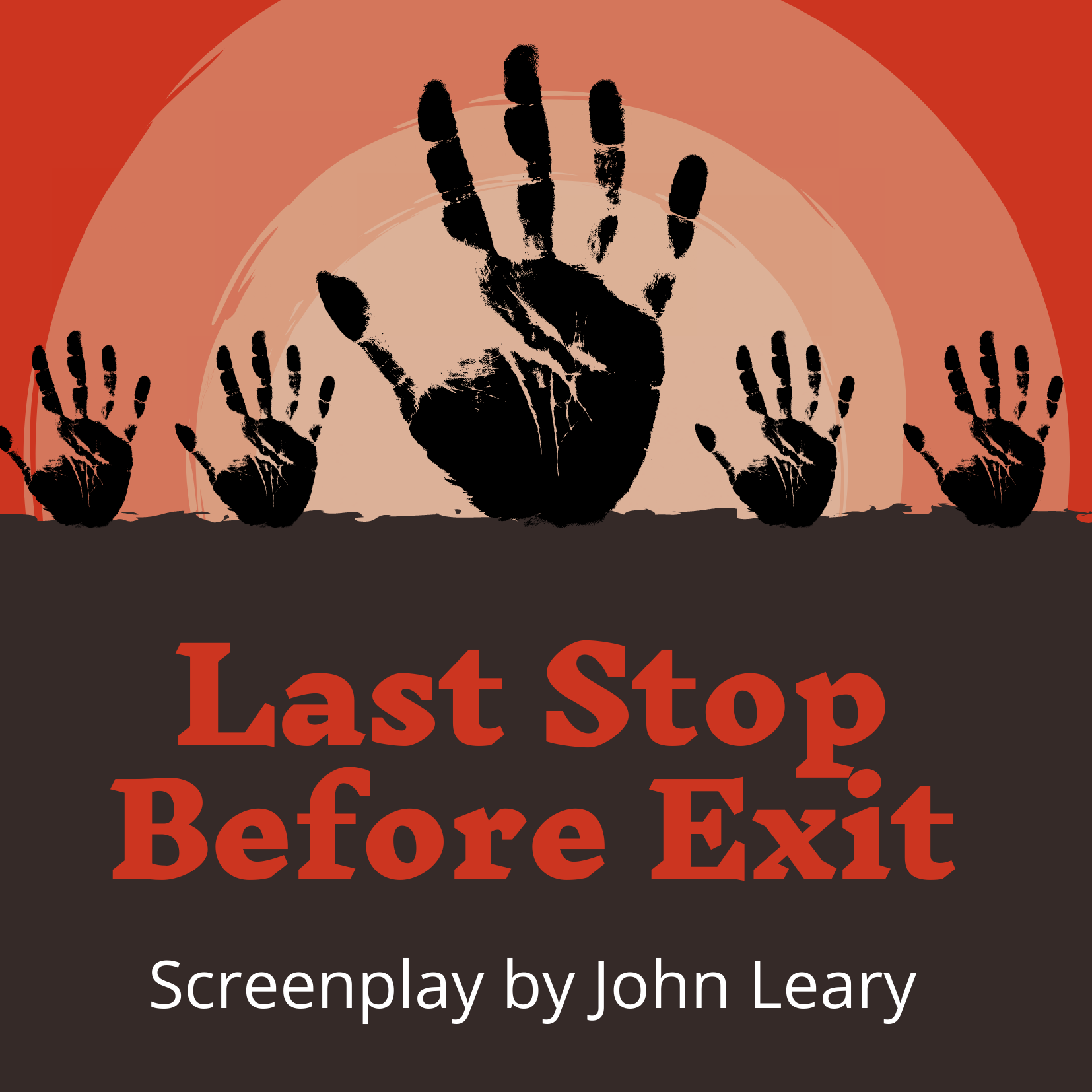 Project Write Now’s Screenwriting Academy is excited to present a virtual table read of Last Stop Before Exit, an original screenplay by John Leary. Leary is currently enrolled in PWN’s yearlong Screenwriting Incubator. We “sat down” virtually with Leary to find out what inspired his screenplay and what his writing process has been like.

We invite you to join us on Wednesday, July 21, from 7 to 10 p.m. ET to hear his screenplay read by professional actors.

PWN: What inspired this story?

John: One day I was driving by this lonely rest area off Route 17 [in New Jersey] and I thought, ‘what if there are bodies back there? And what if the bodies/victims were now ghosts who were trapped within the confines of the rest area?’ At the same time, the Me Too movement was on the rise. Harvey Weinstein and Bill Cosby were being held accountable for their crimes, and I thought the time was right for this story.

PWN: Can you share the process of writing this screenplay?

John: I start with the premise. Go to an outline. Write a first draft and then start the more strenuous process of rewriting. Because of my day job, I am in the car for many hours and that is also where I work out the problems in the script. When I get home at night, I’m able to apply my solutions to a specific area of the story.

PWN: How has PWN’s Screenwriting Incubator influenced or helped your writing process?

John: The guidance from instructor Liz Finn has been invaluable and being back in a community of very talented writers that meet week-to-week has held me accountable to crank out the pages.

PWN: What are you hoping to get out of the table read?

John: Often what works on the page does not work when spoken aloud. This is critical for the rewrites. Also, you want to hear it performed. It is very different for a novelist. Their book is meant to engage one reader at a time. A screenplay is a shared experience.

PWN: What are your favorite genres to write, and why?John: Horror. Suspense. Thriller. I write about people in situations where they have little control and they must think and work their way out of it. It goes back to being a kid and having no control of your world.

PWN: Which four screenwriters (living or dead) would you like to have dinner with and why?

John: John Russo (co-screenwriter with George Romero on NIGHT OF THE LIVING DEAD), Evan Hunter (Hitchcock’s THE BIRDS), William Hurlbut (BRIDE OF FRANKENSTEIN), and Hideaki Anno (SHIN GODZILLA). All of the writers above contributed to the genre in a big way because their work on the films mentioned above subverted and elevated the genre. And they have been a big influence on my own screenwriting and aspirations to write the ‘great American horror movie.’