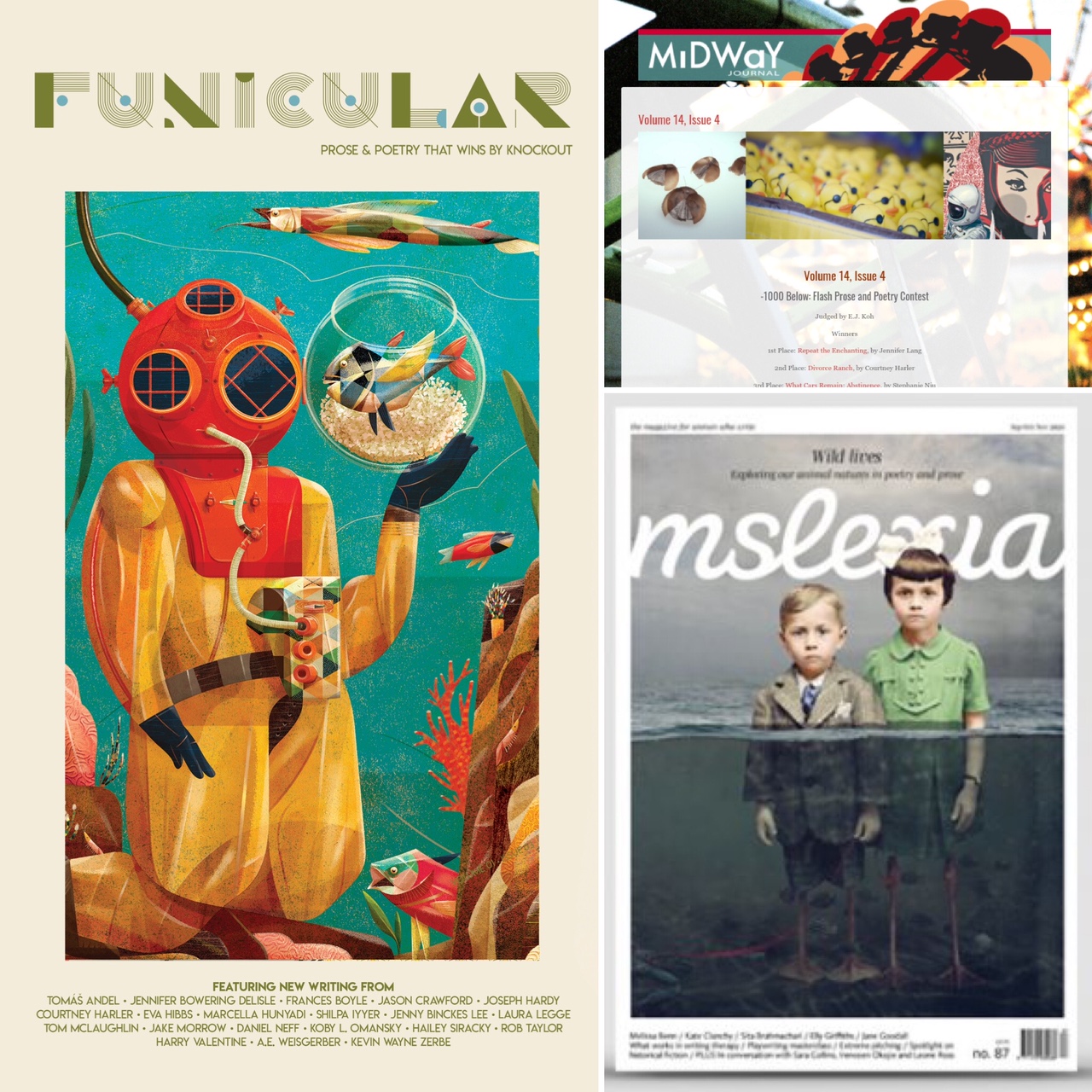 When I first started submitting my written work in earnest, about five or so years ago, I had absolutely no idea what I was doing, despite being given sound advice by my mentors and instructors. Still, I was pretty gung-ho from the get-go, and therefore, I tended to submit far too willy-nilly. To try to achieve some focus, I attended panels on the topic at writing conferences. But the terms “simultaneous submission” and “blind reading” meant very little to me until I began to consciously study industry trends and then subsequently adjust my submission process.

As you might guess, I saw a lot more success once I better understood the overall lit mag ethos. After several seasons of hard work, and a lot of patience, and yes, rejection (practically) on the daily, I have finally accrued a nice little list of publications. I’m proud of my credentials, but each placed piece took its own brand of concerted effort.

I’ll tell a little more about that effort, and the trial and error that went into it, but let me take a step back first. One of the most important decisions I made, back in January of 2017 when I graduated with my MFA, was to submit less and read more. By “read,” I mean not only continuing my ongoing independent study of the craft but also signing on as an assistant editor for two online lit mags. They had published my work and trusted my literary judgment, and so they invited me to “read” for them. I was thrilled to get the experience, and I’ve since gone on to read for other lit mags in a similar fashion.

Getting a glimpse of the submission process from a lit mag’s point of view made all the difference in my own publishing. I’ve learned so much about general likes and dislikes, as well as how to curate and uphold the “tone” of a certain lit mag. Overall, the submission process is quite subjective, but the behind-the-scenes experience has made me a much better writer, editor, and submitter. However, I know that not everyone has the time or inclination to commit “eyes” to a lit mag’s slush pile. Furthermore, the work is usually done on a volunteer basis. With that idea in mind, I’ve worked with PWN to develop a series of courses devoted to passing on this “inside” wisdom, including the upcoming three-week class: Submitting Your Work: A Hands-On Workshop.

Getting back to my “effort,” trust when I say that I learned a lot of lessons from flat-out failure. And form rejections continue to roll in, every day. But rejections are the norm, and acceptances are celebrations. Many would say that rejections are celebrations too because the work is “out,” and even before the work went out, it was conceived and polished and blessed by its crafter. Completing a piece of creative work is its own victory.

Throughout my “effort,” I’ve had to learn to accept the inevitable defeat that comes with submission. The “concerted” part of the effort only arose when I learned some particular tricks of the trade, which will be covered in PWN’s upcoming class. I’m still learning, but I’d love to share what I’ve gleaned thus far. I’d be honored to help my fellow writers along, and even perhaps help them skip, or at least mitigate, some of the more painful parts of the path to publishing. Mostly, though, the class will be a community effort, a place where writers ready to share their work will find mutual encouragement and support. Join us!

Courtney Harler is a writing instructor at Project Write Now and owner of Harler Literary LLC.