The Shape of Love 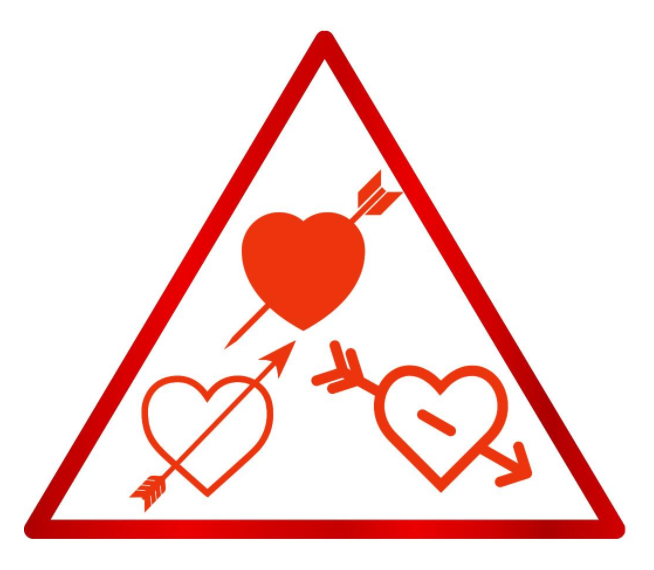 The Shape of Love: Writing Tips from Author Mimi Cross

But is the shape of love a heart?

If you’re interested in writing young adult romance, or including a romantic storyline in your young adult novel of any genre, here are six quick tips for creating irresistible love triangles.

Young adult author Cassandra Clare is the queen of the love triangle, from the touch-me-don’t-touch-me relationship between main characters Clary Fray and Jace Wayland in The Mortal Instrument Series, (the triangle in this case created by Jace’s dual role as love interest and possibly brother), to the fully realized love triangle between Cristina Rosales, Mark Blackthorn, and Kieran in Queen of Air and Darkness, book three of The Dark Artifices series:

“He let her draw him in and they tangled together as one. Mark kissed her lips as she leaned back against Kieran’s chest, Kieran’s hand in Mark’s hair, trailing down Mark’s cheek to trace the line of his collarbone. She had never felt such love: she had never been held so very close.”

Stephanie Meyer’s Twilight saga, currently experiencing a resurgence in popularity due to the recent airing of all five of the Twilight movies on Netflix, features a love triangle between main characters Bella Swan, Edward Cullen, and Jacob Black, a relationship that shifts throughout the series as much as the characters do.

And while the love triangle in the Twilight saga practically vibrates compared to the triangle in the Harry Potter series, even J.K. Rowling admits Hermione should have ended up with Harry, demonstrating that years after finishing the books, the author was still thinking about the triangle.

Are the two main characters in your love story in love only with one another?

Tune into your characters, and listen to what they have to say. Literally, interview them. Ask them questions, and listen for their responses. Write down your characters’ responses, along with their detailed backstories, not in your novel, but in a notebook that no one else will see.

Using the interview process, you may discover something about your character that you didn’t know before, that they harbor a secret love for example, a forbidden love. Forbidden love is fuel for the love triangle fire.

Listen to love songs. Listen to what happens when a songwriter squeezes a love triangle into three minutes.

As your characters come to life in your imagination, watch what they do. See your story like a movie. Then simply write down what you see. If there’s an attraction you didn’t notice before, you’ll see it now. Use it to create tension and drama in your characters’ personal story arcs. If you don’t find a love triangle, maybe you’ll decide to create one based on what you’ve seen.

Have you ever been attracted to two people at the same time? Been in love with more than one person? If you were ever torn, remember what that feels like. Check in with your mind, body, and emotions. Allow your characters to exemplify your personal feelings.

Family and friends can be a great source for love stories, and because they’re people that you’re close to, you may feel a special connection to their tales. Take a pinch of this, a pint of that. Mix well, until a love triangle bubbles to the surface of your story. Fictionalize, fictionalize, fictionalize, and remember: it’s easier to ask forgiveness than permission.

Does your love triangle hit or miss?

When a love triangle falls flat, it’s often because the author has forgotten to create the third side: the relationship between the rivals. If the Princess falls in love with the White Knight and the Black Knight, the two knights must spend time together. Whether they joust, jest, or fall in love, the two rivals have to connect. So have them fight, or become friends, or both.

Build your love triangle with three sides that are equal, or at least close, in proportion. You can do this in your first draft or in revision. When revising, go back and weave in additional conversations, shared events, and of course a little bit of strife. Add a dual, or a knockdown, drag-out fight between your protagonist’s love interests and watch the sparks fly.

Author and songwriter Mimi Cross is an instructor at Project Write Now. Her first two young adult novels, Before Goodbye and Shining Sea, both feature love triangles. To learn more about her writing, visit mimicross.com.

The Shape of Love

Mimi Cross is an instructor at Project Write Now.