Please join Project Write Now for our first annual Pop-Up Lit Fest, featuring authors Julie Buntin and Gabe Habash. The day kicks off with two master classes given by Buntin and Habash. Then we come together from 4 to 6 p.m. at West Side Eatery for a special Reading & Celebration. You are welcome to come to the Reading & Celebration whether you attended a master class or not.

At the Reading & Celebration, the authors discuss their creative processes, the writing life, and what it’s like to live with another writer. Did we mention the authors are married?

Please join us for a lively conversation with not one but TWO accomplished authors, Julie Buntin and Gabe Habash. They will discuss their creative processes, the writing life, and what it’s like to live with another writer. 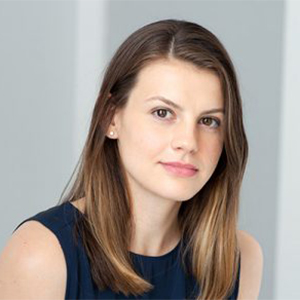 Julie Buntin’s debut novel, Marlena, was a finalist for the National Book Critics Circle John Leonard Prize, longlisted for The Center for Fiction First Novel Prize, and named a best book of the year by more than a dozen outlets, including The Washington Post, NPR, and Kirkus Reviews. Her writing has appeared in The Atlantic, Vogue, The New York Times Book Review, Guernica, and other publications. She has taught creative writing at New York University, Columbia University, and the Yale Writers’ Workshop, and is both an associate editor and the director of writing programs at Catapult. 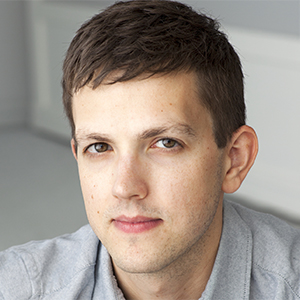 Gabe Habash is the author of the novel Stephen Florida, a finalist for The New York Public Library’s Young Lions Fiction Award and the American Booksellers Association Indies Choice Book Award for Adult Debut Book of the Year. He is the fiction reviews editor for Publishers Weekly, and his work has appeared in The Paris Review, The Los Angeles Times, Guernica, The Millions, Poets & Writers, Lithub, and more.

What the reviewers are saying…

“At the center of Julie Buntin’s debut novel is the kind of coming-of-age friendship that goes beyond camaraderie, into a deeper bond that forges identity; it’s friendship as a creative act, a collaborative work of imagination… This generous, sensitive novel of true feeling … sweeps you up without too much explication, becoming… a devoted memorial to friends and selves who are gone.” –The New York Times Book Review

“Excellent… a wild, gorgeous evocation… [Buntin’s] lyricism is precise and revelatory, capable of great beauty and, when called for, great ugliness. Marlena is a novel about youth–time of splendor and squalor. Buntin make us see, hear and feel both.” –The San Francisco Chronicle 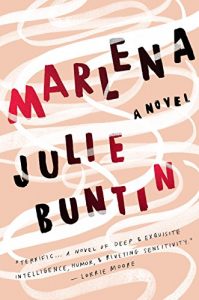 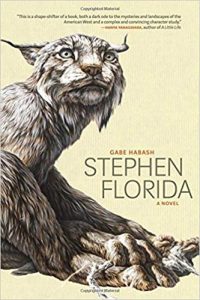 “Habash has created a fascinating protagonist in Stephen, a hard-driven athlete with a convincingly thoughtful mind…” –The New York Times Sunday Book Review

“[Habash’s] writing is powerful and magnetic, with a quality that suggests it has been worked over to strip it bare of ornamentation but still leave it with a rare beauty that the greatest sportspeople, in a ring, on a court or on a pitch, can achieve.” –The Guardian

learn from the experts

Using What You Know to Write Whatever You Want

Most writers grapple, at some point, with the old adage “write what you know.” But no matter how much we draw from the reservoir of memory and history, successful fiction always has a greater alliance to the truth of the story than to the truth of our lives. In this generative craft class, we explore practical strategies for writing the familiar while also allowing for our imaginations to travel beyond our own experience. We discuss methods for incorporating research into fiction and ways of being alert to the stories that are uniquely ours. Writers leave invigorated, having generated plenty of in-class writing with a clearer sense of what it means to write what you know and how to give yourself permission to both embrace—and stray from—the truth on the page.

Sustaining a reader’s attention for the long haul means developing conflicts and a prose style that keeps them engaged. By analyzing the big-picture conflicts and sentence-level choices made by select writers, we explore the tensions, images, rhythms, and word choices that make stories come alive on the page. Through discussion and generative prompts, we begin to apply those lessons to our own work.